Back in 2010 I got hooked up with The Roman Emperor and started taking care of the SuperMoto bike that he keeps here in the states for practice sessions. He would come to the US for World Superbike races and while he was here we would go to the kart tracks in SoCal and he would bust out laps while I worked the stopwatch.

The motor was built by Pro Circuit and runs on WSBK spec fuel. Max originally ran Alpina spoke wheels on it, but then we switched to a Marchesini Forged Magnesium wheelset to try to eliminate wheelchatter. 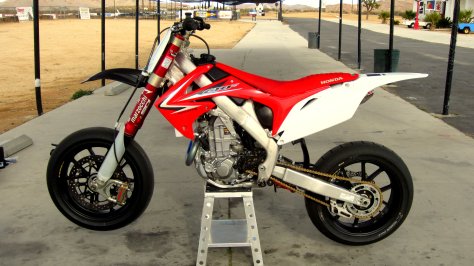 The forks are massive 53mm Marzocchi units that use aluminum lower fork tubes, and have eccentric adjusters built into the triple clamps to allow geometry changes. The front end and rear shock came directly from the bike that Ivan Lazzarini used to win Gold in the X-Games 15 SuperMoto event. Max also uses a slipper clutch system made by Adige, that has an easy adjustment for the amount of engine braking.

Max was in town and we hit Adams for some supermoto practice. Max will be competing in a prestigious race at his home track in Italy at the end of August, so he is training quite a bit. 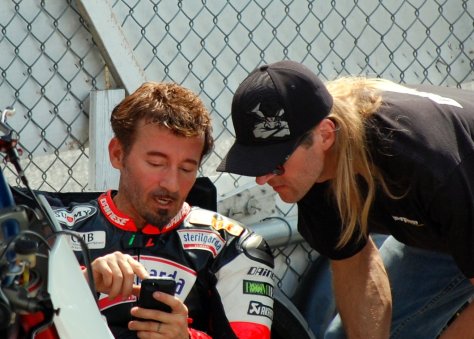 This particular day at Adams, SoCal SM was having a riding school, so there were quite a few newbees on the track when Max went out. It was a little sketchy seeing him weave through the other riders , so we set it up so he was able to run he own sessions to avoid any accidents while trying to pass other riders. It must have been pretty cool for the fans that were on the track with Max, though! 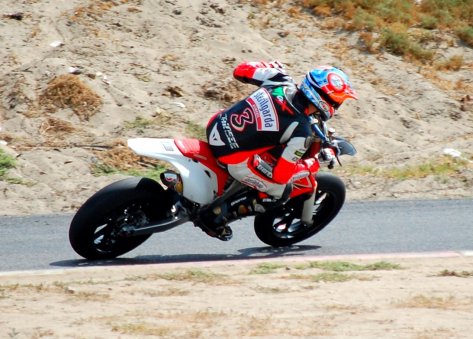 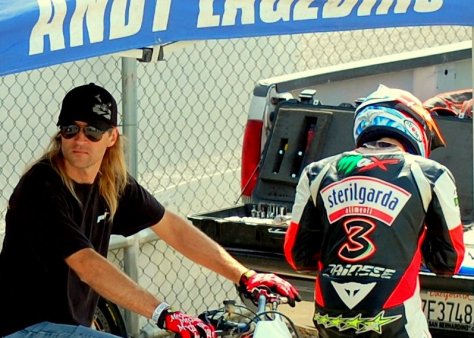 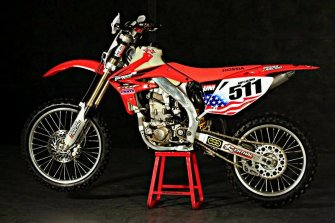 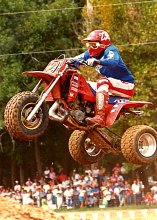 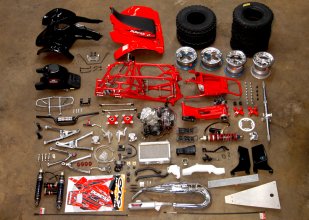 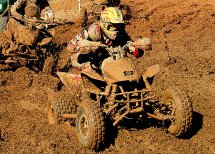 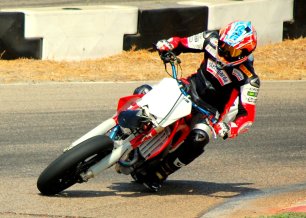 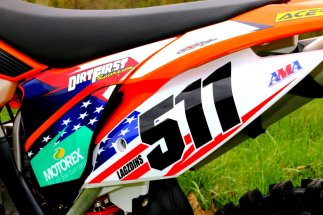