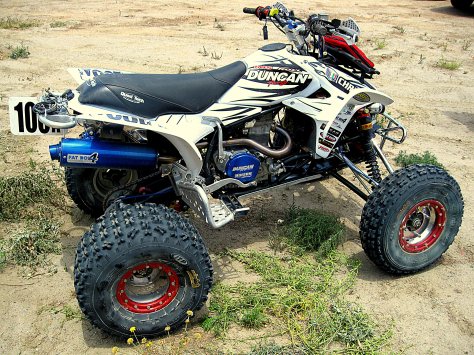 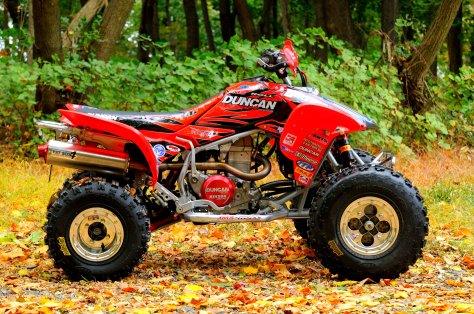 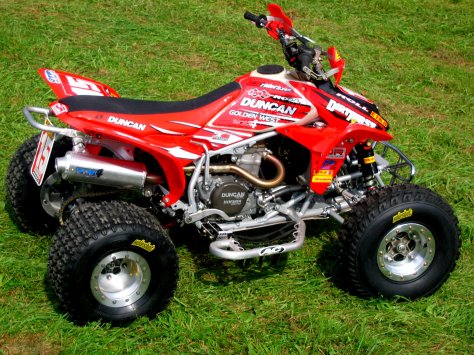 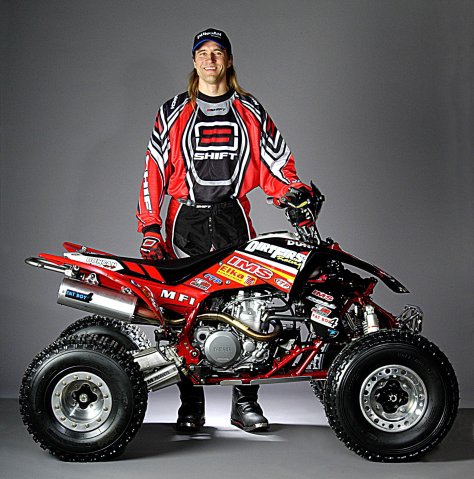 After racing Honda TRX250R-based quads since 1989, finally in 2004 I switched to a completely different production ATV. Not because it was better than the Roll Design 250R, but because the Pro ATV GNCC Series went to a production rule relegating all 2-stroke and aftermarket-framed quads to the Pro Am class for 2004. This meant to race the XC1 class you had to be on a Yamaha YFZ450, Honda TRX400EX,  LTZ/KFX400, or a Cannondale. I bought the first YFZ450 I could get at the end of 2003, and sold off my Roll Design 250R’s. I raced the first four GNCC’s on it, and then switched to the Honda TRX450R as soon as it came out in early 2004. I remember I was on my way to the first race of the year with my YFZ and I got a call from the Honda dealer telling me the TRX450R was in!

From 2000-2003 my GNCC race quads were based on the Honda TRX250R 2-stroke motor. The chassis were all custom, with the frame, a-arms, and swingarm made by Roll Design. The motors used an aftermarket power valve cylinder made by Duncan Racing, and I used both 275cc and 340cc versions for different tracks. The shocks were built by Custom Axis, a company that worked with Roll Design to build what is arguably the best quad chassis package ever.

Before the start of every season, both of my race quads were torn down completely. Nowadays you can buy a production 450 quad and add on all new components, back then we had to piece the whole thing together from parts. The same chassis components were stripped, inspected,  and repowdercoated every year. Every bearing, bushing and seal was replaced.

At the end of the 2003 season, the TRX250R-based quad was banned from the Pro Classes in the majority of the national racing series to make way for the production four-strokes. 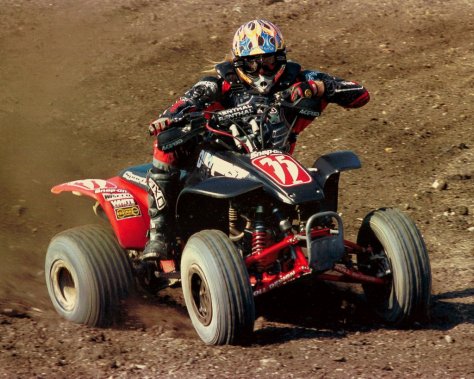 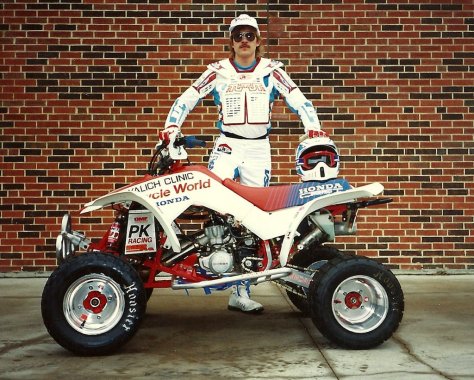 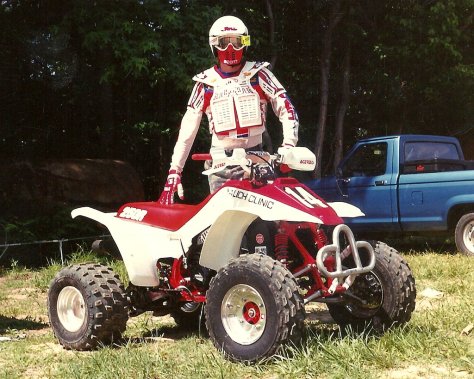 One thought on “QUADS” 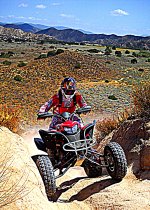 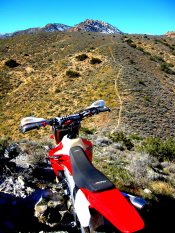 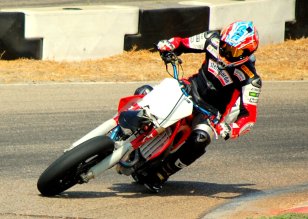